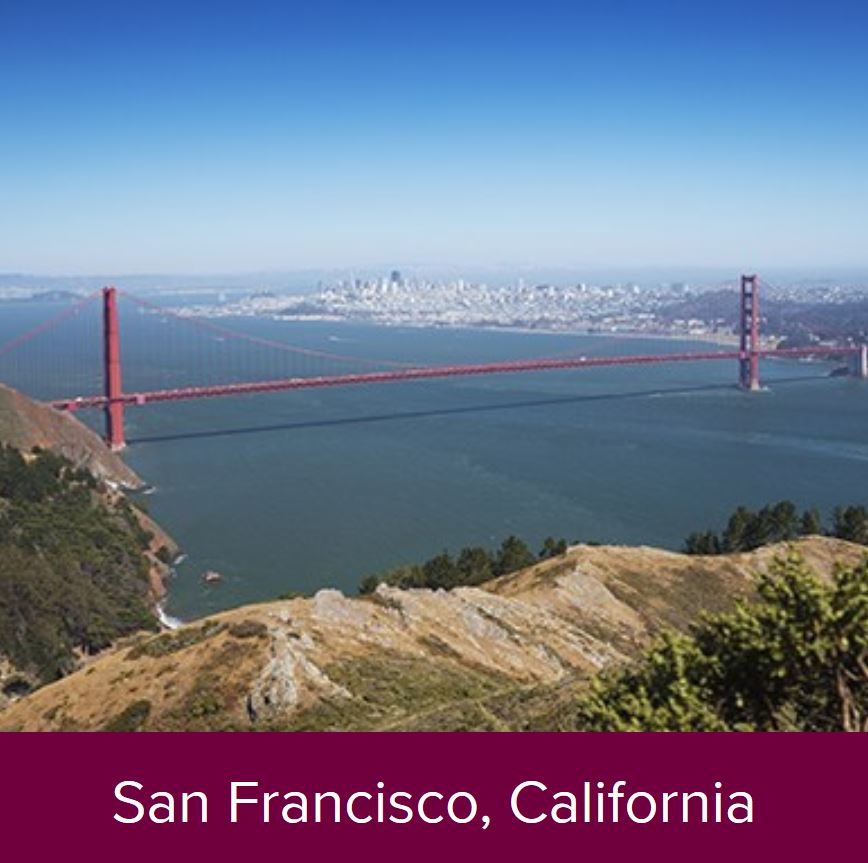 Cole Valley is a thin slice of San Francisco Real Estate bordered on the west by Stanyan Street and the Sutro Forest, on the south by Tank Hill and on the east by Clayton Street. It was popular with dotcomers during the late 1990s. Craig Newmark- Craigslist founder is a recent former resident.

The Vibe: Today, Cole Valley is home to young professionals, staff and students of UCSF and families whose land titles can be traced back to the 1960s.  The tree-lined streets, some Victorian architecture and cozy cafes give this neighborhood its charm.

Most businesses in Cole Valley are of mom-and-pop variety. There are chains and franchises as well. Food and coffee are the specialties here. The main commercial strip is condensed into two blocks along Cole Street, between Parnassus Avenue to the south and Frederick Street to the north. This strip includes several cafes, Cole Hardware, the brunch mecca Zazie and Crepes on Cole.

Young professionals, families and empty nesters- this is a neighborhood not to miss when shopping for a new home.

Noe Valley is named after Jose de Jesus Noe, the last Mexican mayor of San Francisco. He used to own what is present day Noe Valley as part of his Rancho San Miguel. The neighborhood was developed at the beginning of the 20th century after the 1906 San Francisco Earthquake.

Noe Valley is home to hundreds of classic Victorian and Edwardian residential architecture- some of which still have their original facades. Noe Valley has one of the highest concentrations of row houses in the City. Noe Valley is currently home to many urban professionals, particularly young families with children as well as more mature residents who have owned homes there all their lives.  Noe Valley is now considered an upscale neighborhood where a well-maintained property selling for $2-5 million is not unusual.

Walk Score & Getting Around:

Built-in garages and tons of street parking makes it viable to own a car in Noe Valley. The J Church and several tech shuttles run regularly and parts of Noe are close to the Glen Park and 24th St. BART stations.

One of the best neighborhoods for coffee-and-a-bagel mornings and bourgeois sensibilities, many joke about Noe Valley’s “stroller population”. Given the current and neighboring area residents, it has attracted upper scale merchants. Expect handmade products, organic produce and higher end products when shopping.

Centered on the intersection of California St and Powell St, Nob Hill is one of the most prominent higher-end neighborhoods in San Francisco.

Previously referred to as California Hill in the 1850s, it was renamed after the Big Four businessmen known as “the Nobs” who built the California Pacific Railroads constructed mansions there. Currently, Nob Hill is affectionately dubbed “Snob Hill”. Check MLS and you’ll see what I mean.

Boasting of arguably the best views of the Bay Area at its peaks, it’s no surprise that Nob Hill is a popular residential area. The hills are not to be taken lightly. They are the definition of steep. Huntington Park in front of Grace Cathedral- in all it’s clean and polished glory, add to the backdrop of an idyllic safe neighborhood. California St is home to the scenic cable car route. Yes, the ones featured in the movies and various travel articles and blogs.

Due to Nob Hill’s image as home to both the “old money” and the “nouveau riche”, businesses in Nob Hill tend to be of the luxurious and private scales. Brunch places, high-end spas, Bikram-only studios galore along with fine dining are staples in the area.

Russian Hill is another one of San Francisco’s “44 Hills” and one of its original “7 Hills”. It is north (downhill) of Nob Hill, south (uphill) of Fisherman’s Wharf and to west of North Beach. The neighborhood names goes back to the Gold Rush era when settlers discovered a small Russian cemetery on top of the hill.

Russian Hill is one of the most idyllic residential neighborhoods in San Francisco. The home price tags are not exactly pocket change but in this case- very worth it. Home to the famous Lombard St- the most crooked street in the World (between Hyde St and Leavenworth St), it has the distinction of being scenic and iconic. The views from the top of the hill include Marin County, Bay Bridge, Golden gate bride and Alcatraz.

Due to the steepness of the hills, do not be surprised to see stairways in portions of the sidewalk streets. Russian Hill also feature pedestrian-only lanes such as Fallon Place and Macondray Lane, both with breathtaking views. Several lines of muni run up and down the hills routing through various directions.

With its immediate proximity to the Marina, the Wharf, Nob Hill and North Beach, Russian Hill will never be at a lost for dining and recreation options from all sides.

Ideal for young families, empty nesters and professionals looking for a safe yet lively neighborhood to live in. Governor Gavin Newsom used to own a penthouse here from his mayoral days- you know it’s an excellent choice.

One of San Francisco’s 44 hills, and one of its original “Seven Hills, Telegraph Hill is a neighborhood in San Francisco. Originally named Loma Alta (“High Hill”) by the Spaniards, the hill was then familiarly known as Goat Hill by the early San Franciscans.

It is bounded by Vallejo Street to the south, Sansome Street to the east, Francisco Street to the north and Powell Street and Columbus Avenue to the west, where the southwestern corner of Telegraph Hill overlaps with the North Beach neighborhood.

With classic San Francisco essence, Telegraph Hill overlooks the hustle and bustle along the city’s waterfront. This picturesque neighborhood’s amazing homes preside over its hillsides at the foot of the iconic Coit Tower which boasts spectacular views of the bay.

The immaculate homes here are best for families, empty nesters and even singles provided that they have reliable transportation and or wouldn’t mind a trek up and down. Living around stunning architecture, with a chance to find hidden staircases or get glimpses of the wild parrots its known for is absolutely worth it!

Ashbury Heights (Haight-Ashbury) boasts of pure Classic San Francisco appeal. Right above Cole Valley to the west of the Castro, the Ashbury Heights neighborhood is lined with homes that are a mix of Victorian and Art Deco. Multi-unit structures are not uncommon.

With a population upwards of 5000, Ashbury Heights still have an urban feel alone with its Classic charm.

With its close proximity to businesses in Haight St, Ashbury Heights, even if a hill, still appears connected and definitely accessible. In fact, it is en route to San Francisco’s most beautiful bus route, The 33, which feels more like a tour rather than a bus ride!

This is perfect for those looking at purchasing investment properties. According to data, over half of its residents are renting vs owners. Multi-unit structures in and around hip but Classic parts of town will sure make investments here turn a good profit. Families will also benefit from the A- rating of public schools in and around the area. Singles, on the other hand, will enjoy the proximity to nightlife and recreation options.

Forest Hill is one of eight master-planned residence parks in San Francisco. It is an affluent neighborhood, southeast of the Inner Sunset and northeast of West Portal. Boundaries are roughly Seventh Avenue/Laguna Honda Boulevard to the north and east, Taraval Street to the south, and 14th Avenue to the west.

The area south of Dewey Boulevard is known as Laguna Honda or the Forest Hill Extension. The “Extension” is another section of Forest Hill, except with smaller homes and lower pricing.

Forest Hill sells a sense of privacy and small town inclusion. One of the few neighborhoods with no condominium, no multi-tenancy developments in San Francisco and has an active Homeowners Association. The association also governs remodeling and new construction in the neighborhood.

This neighborhood is certainly for those who appreciate suburban appeal within a big city. Tudors minutes away from downtown will be a great fit for families and empty nesters.

St. Francis Wood is an affluent residential neighborhood located south of the West Portal neighborhood and west of Mount Davidson. St. It is one of eight master-planned residence parks in San Francisco.

As per Nextdoor, 92% of this neighborhood’s 1500+ population are homeowners with the average age of 52 years old. This is neighborhood has impeccable homes. What it gives to its residents that its fellow affluent neighborhoods don’t is an air of exclusivity in its feel. You know where St Francis Wood begins and ends.

There are not many businesses in the neighborhood itself. The land is amassed with massive family homes and considerable front lawns.

Definitely a home for families and empty nesters. This neighborhood is both stroller and pet-friendly. Its privacy and quiet both during day and nighttime will be a delight to those who want to live in a city but not with what big cities usually comes with.

West Portal is located at the southern edge of the hills in central San Francisco. Named for the western terminus of the Muni tunnel beneath Twin Peaks that opened in 1918, it is a narrow strip of businesses and homes bordered by Forest Hill on one side and the tony St. Francis Wood neighborhood on the other.

The frequent fog helps keep the area green in the usually rainless summer months, and on a clear day, the park above the tunnel provides a view of the Marin Headlands and the Farallon Islands in the Pacific.

The shopping district is three blocks long. It currently has 26 restaurants, a movie theater, a bookstore, several banks, a public library, two Irish pubs, two toy stores and a Christian Science reading room. All the ingredients of a small town. You can find out more about the businesses here.

This neighborhood best suits families, empty nesters- those who love and appreciate the beauty of authentic San Francisco. It is a hidden gem for those who seek San Francisco before the tech boom.

Thank you for your inquiry.